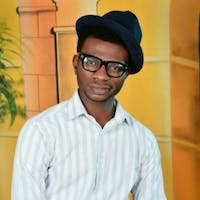 Subscribe to my newsletter and never miss my upcoming articles

More than a thousand reasons why so many quarters such as the likes of Warren Buffet calls Bitcoin “rat poison” but wouldn’t mind shorting it or the popular Shark Tank and investment guru, Kevin O’ Leary popularly known as “Mr. Wonderful” bashing it, there are many reasons why Bitcoin matters especially in this new decade.

This is not another historical analysis of the bitcoin coming into existence by its pseudonymous creator; Satoshi Nakamoto or another text adding to the plethora of literature focussing on the technical design of Bitcoin which the common man cares little about, but why Bitcoin is a potent tool in the hands of the common man who may not have the financial muscle or political clout to hedge himself against the crippling inflation and recession that might be knocking very much around the corner.

Yes, it’s a cryptocurrency but it has stepped into a much bigger role for many such as those in Venezuela, Zimbabwe, Iran, and many others.

Satoshi may have been a renegade, but if being a renegade means standing up to longstanding, badly managed and controlled global economy, then any sane-minded person who yearns and sincerely wants progress and their fate not hanging on the shoulders of inept but popular gurus should celebrate being tagged a renegade.

Just look at Venezuela, a once upon a time prosperous nation now ravaged by the fangs of socialism. While this article is not focussed on political ideologies, the resulting effect of bad political ideologies impacts no other person but the defenseless citizen in the harshest economic ways.

The inflation rate at the end of 2019 exceeded 10,000,000 percent. Even with cross-border payments such as receiving dollars from a relative abroad through the financial institutions recognized by the State, Venezuelans find themselves paying fees as much 56% of the funds they received coupled with the excruciating delays of weeks that might ensue before the transaction clears. This is on top of the quagmire that the Maduro government has banned any form of international aid needed for desperate food and medical supplies from flowing in.

Even though the United Nation refused using Bitcoin as a means to send needed aid to Venezuelans, those who wear the shoes know exactly where it bites which are the Venezuelans and they are already doing something to keep their God-given right to life very much intact.

How so? According to the Open Money Initiative, Venezuelans are circumventing the harsh, censorship conditions through Bitcoin. According to a Time Magazine report, Venezuelans after receiving their bitcoin can sell into fiat through a local Craigslist-style exchange, or load it onto a flash drive (or even memorize a recovery phrase) and escape Venezuela with complete control over your savings.

How would this have been possible where users bank accounts have the hovering eyes of government monitoring their every move, a no foreign IP access policy to any Venezuelan owned personal bank account and the excess fees levied on the cross-border transactions since the government is even hanging barely on a thread to preserve its regime.

The same ingenious methods are being practiced by others in several climes such as Zimbabwe, Iran, etc., giving man once again power over the right to self-preservation.

Bitcoin is smart money conceived by its creator to address the very issue where governments especially those who are no longer accountable to their citizens are weaned of their dictatorial powers economically. This is not by another sanctioning authority such as the United States or other financial watchdogs but its citizens through its peer-to-peer design. In the conclusion section of the Bitcoin Whitepaper, Satoshi stated

“We have proposed a system for electronic transactions without relying on trust”.

How have those in third world countries who relied on the government’s trust fared now? Those plagued by mindless corruption from their government or that young Venezuelan who can no longer afford basic food such as bread needing as much as a wheelbarrow load of Bolivar bills to purchase?

Do you ask me “Why Bitcoin?” I say it is a potent tool facilitating the inalienable right of man to life.

Contact me for your creative article writing, brand management and connect with me on LinkedIn and Twitter